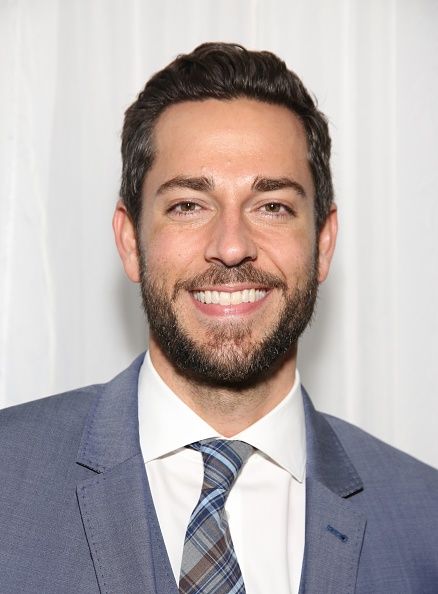 Zachary Levi is an American actor and singer, born in Louisiana. His family moved to California when he was young. At the age of six, he began acting on stage, performing at the Ojai Art Center in regional productions such as Grease, Oklahoma!, and The Wizard of Oz.

Levi began appearing on television, starting with the FX movie Big Shot: Confessions of a Campus Bookie. He also had a role in the ABC sitcom Less than Perfect as Kipp Steadman.

He also starred as Chuck Bartowski in the series Chuck, beginning the role in 2007. This performance earned him a nomination, and subsequent win, for Best Action Actor for the Teen Choice Awards 2010. In the summer of 2008, Levi was named one of Entertainment Weekly‘s Top Thirty People Under Thirty. He has continued to portray characters in both television and film, including Fandral in Thor: The Dark World (2013) and Jeremiah in Canadian miniseries Alias Grace (currently in post-production).

Levi played the lead role of Georg in the 2016 Broadway revival of She Loves Me. He received a Tony nomination for Best Performance by an Actor in a Leading Role in a Musical.

Levi has also performed in voice acting roles, such as Flynn Rider in Disney’s 2010 animated film Tangled. He reprised this role for a new television series based on the film, which debuted earlier this year on Disney Channel.

Levi also voices Joseph in an upcoming animated Christian comedy film based on the birth of Jesus. The Star is set to release on November 17th.

Zachary Levi has been a Christian since childhood and has talked in media about his faith. In a 2009 interview with Relevant Magazine, speaking of how he deals with rejection in Hollywood, he said, “the most important factor in all of the rejection was that I had a walk with God.” He also explained, “My job on my set, I believe, is to first just love people and gain that trust with people where they know that I really do love them and care about their well-being,…So more than anything, that’s what I’m trying to do now. Just build relationships with everyone that I work with.”

Join us this week in praying for Zachary Levi. Pray that as his new film releases, God will use his work to both encourage other Christians and inspire curiosity in non-Christians. We also want to ask God to encourage Zachary in his faith as he strives to represent the heart of Jesus to all those with whom he comes in contact. Pray that he is filled with peace and endurance to continue to bring God’s vision of love, mercy, and compassion to the entertainment industry.