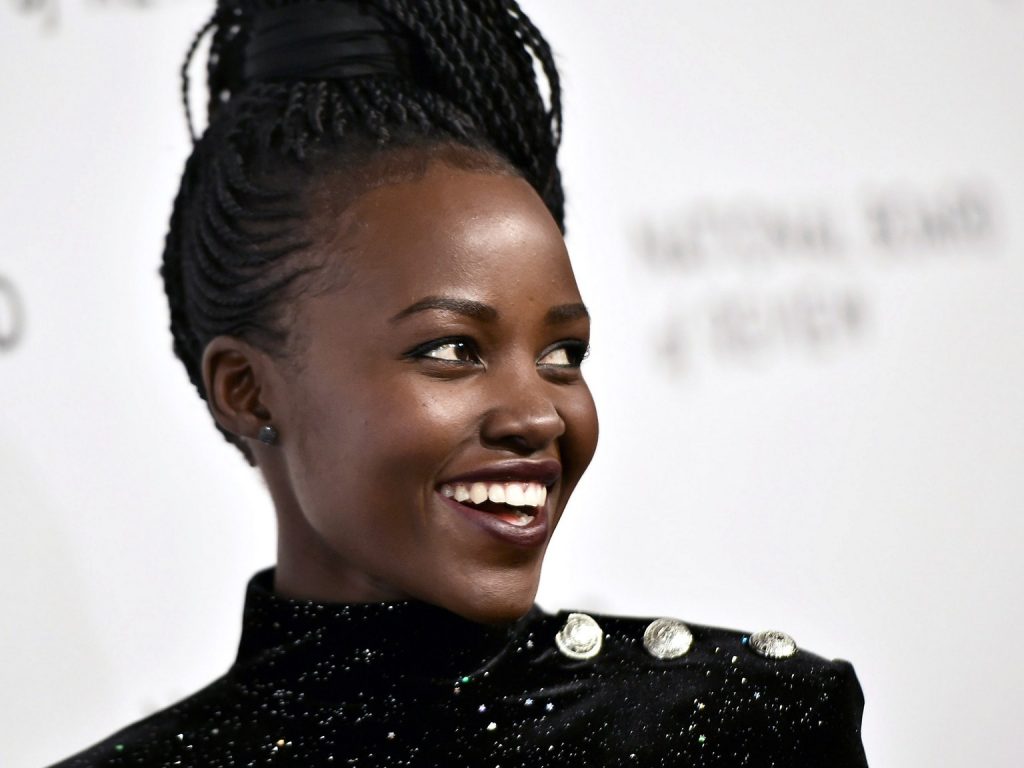 Lupita Nyong’o is a Kenyan-Mexican actress, born in 1983. She was born in Mexico City, raised in Kenya, then attended college and began her career in the United States.

Nyong’o made her acting debut in the short film East River in 2008. In Kenya, from 2009-2012, she starred in the TV series Shuga. She also wrote, produced, and directed the documentary In My Genes (2009). Following this, she attended the Yale School of Drama to earn a master’s degree in acting.

After graduating, Nyong’o landed her first feature film role as Patsey in 12 Years a Slave (2013). Her performance earned her the Academy Award for Best Supporting Actress, as well as nominations for several other acting awards.

Nyong’o co-starred in Star Wars: The Force Awakens (2015) as Maz Kanata, performing both the voice and motion capture for the character. She reprised this role in Star Wars: The Last Jedi (2017). Also in 2015, she starred in the play Eclipsed (which premiered on Broadway in 2016). She received several recognitions for this performance, including a Tony Award nomination. She performed another voice acting role as Raksha in The Jungle Book (2016), and co-starred in the biopic Queen of Katwe (2016). Most recently, Nyong’o portrayed Nakia in Black Panther (2018).

Nyong’o is involved in many upcoming projects, including her writing debut with a children’s book titled Sulwe (which means “star” in Luo, Nyong’o’s native language). The book reportedly “tells the story of a 5-year-old Kenyan girl of the same name who is insecure about having darker skin than the rest of her family members. With a bit of wisdom from her mother, Sulwe takes a fanciful journey through the night’s sky that helps her embrace the deep hue of her skin” (ew.com). In an Instagram post, Nyong’o wrote, “I hope it serves as an inspiration for everyone to walk with joy in their own skin.”

This week, we pray for Lupita Nyong’o and that she will experience God’s love and know His grace. We thank God for the talent that He has given her, and pray that her work and artistry will glorify Him. Pray that her influence will continue to be positive, and that projects like her upcoming book will be expressions of God’s love and value for all His children. We pray that any followers of Jesus in her life would pray for her and demonstrate God’s love to her. We also pray for discernment and wisdom for her when choosing future projects, and that she will be able to avoid anything that would be damaging to her in any way.