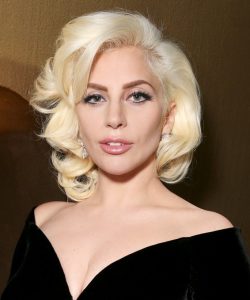 Stefani Joanne Angelina Germanotta, known as Lady Gaga, is an American singer, songwriter, and actress. She is known for her unconventional images and musical ideas. She was raised in a Catholic family, and attended an all-girls Catholic school in Manhattan as a child.

Gaga has played piano nearly her entire life, and wrote her first piano ballad at age 13. She also was involved in theater in high school; one of her roles was Adelaide in Guys and Dolls. At age 17, she gained early admission to a music school at NYU’s Tisch School of the Arts. Two years into the program, she dropped out of the school to focus on her music career.

Gaga was initially focused on avant-garde electronic dance music, but eventually found her niche as she began to use pop melodies and gain inspiration from David Bowie and Queen. After a long process of performing locally with her band from college, a stint as a neo-burlesque performer, and songwriting for other singers and bands, Gaga was able to begin creating her own debut album, The Fame, which released in 2008.

Over the years, Lady Gaga has released many albums, songs, and musical projects. Some of the most popular ones are “Born this Way,” “Bad Romance,” “Telephone,” and Artpop. In 2011, she collaborated with Tony Bennett on a jazz version of “The Lady Is a Tramp.” This performance was received with pleasant surprise, as it was one of the first times Gaga’s “real voice” in a more classic style had been widely displayed. This also led to Gaga creating an entire album with Tony Bennett in 2014, Cheek to Cheek.

Gaga is known for her outlandish style in music and fashion. Her persona receives mixed responses, but her radical uniqueness also contributed to her rise in fame. She is also an outspoken activist, participating in many philanthropic efforts.

Recently, Lady Gaga posted a photo on Instagram of herself praying the rosary, and explained the cancellation of her European tour that was planned for this fall. She described that she is experiencing “physical and mental health struggles…[that are] complicated and difficult to explain,” and that she needs to be with her doctors so she can “be strong and perform for you all for the next 60 years or more.” Although Lady Gaga did not specify in her recent post, her health issues could be connected to her ongoing struggles with chronic pain. She has recently begun discussing in more candor – including in her new Netflix documentary Gaga: Five Foot Two – her chronic illness, fibromyalgia. She tweeted that she wants to “help raise awareness and connect people who have it.”

Let us pray this week for Lady Gaga and her health. Pray that God will give her doctors wisdom and discernment about how to help her effectively. Let’s pray boldly for her healing, recovery, and for her to be free of daily pain. Pray that God will make His presence and care known to her, and that she will feel His comfort and strength. Also, let us pray that the public’s and media’s response to her decision to cancel her tour will be supportive, positive, and understanding.