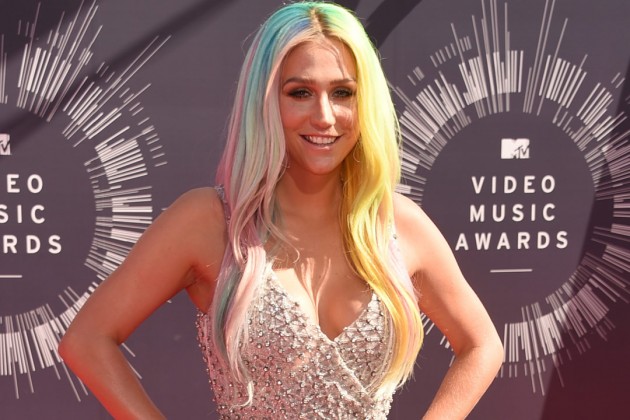 Kesha Rose Sebert, formerly stylized as Ke$ha was born on March 1, 1987; is an American singer, songwriter, rapper, and actress. In 2005, at age 18, Kesha was signed to producer Dr. Luke’s label Kemosabe Records. Her breakthrough came in early 2009 after appearing on American rapper Flo Rida’s number-one single “Right Round”. Kesha’s music and image propelled her to immediate success, with her debut album Animal premiering at the top of the charts in several countries. She achieved 3 more number-one singles, “Tik Tok” and “We R Who We R” as a solo artist, and “Timber” as a featured artist. At the same time, she continued to write songs for other artists, including “Till the World Ends” for Britney Spears. Warrior, her second studio album, was released in 2012, and spawned her eighth consecutive top-ten single “Die Young”. “Tik Tok”, at one point, was the best-selling digital single in history, selling over 14 million units internationally.

Since 2013, Kesha has been in legal dispute with her former producer Dr. Luke, in which a series of lawsuits (known collectively as Kesha v. Dr. Luke) were exchanged between the two parties. Kesha alleged physical and emotional abuse and employment discrimination against Dr. Luke, while Dr. Luke claims breach of contract and defamation against Kesha. During this period the singer only managed to release one single. She fully returned to music business in 2017 with the release of her third studio album Rainbow, and its lead single “Praying”.

Kesha has been involved with animal rights and LGBT activism. She has received several awards and nominations, including her win for MTV Europe Music Award for Best New Act in 2010. As of November 2013, she has reportedly sold over 33 million records (albums, tracks, and ringtones) in the United States and 60 million records worldwide.

Kesha is a vegetarian and an “ordained minister,” having been “ordained” online. She also has performed legal commitment ceremonies for both same-sex and heterosexual couples. She talked about her sexual orientation with Seventeen magazine in 2013, “I don’t love just men. I love people. It’s not about a gender.” She made a similar statement to Out magazine in 2010, when she confessed to simply “liking people”: “I wouldn’t say I’m gay or straight. I don’t like labeling things anyway.”

On January 3, 2014, Kesha checked into Timberline Knolls Residential Treatment Center, a rehab facility in Lemont, Illinois, for eating disorder treatment. Kesha’s mother Pebe Sebert confirmed that the eating disorder Kesha was suffering with is bulimia nervosa and that she had been struggling with it since she was signed. She also alleged that Dr. Luke was partly the cause of Kesha’s eating disorder, saying that Luke had allegedly told her to lose weight after he signed her, comparing the shape of her body to a refrigerator. Sebert asserted that this had caused Kesha’s disorder to worsen. Kesha had completed her treatment on March 6, 2014, after spending two months in rehab.

Kesha believes in God, writing for Lenny Letter that she believes that “God is nature and space and energy and the universe. My own interpretation of spirituality isn’t important, because we all have our own. What matters is that I have something greater than me as an individual that helps bring me peace.”

Please join us as we pray for healing and joy over Kesha’s life. We pray that she feels God’s presence and comforting ways as she recovers from all her recent hardships. Pray that God uses her to be a light and draws people into the Kingdom!