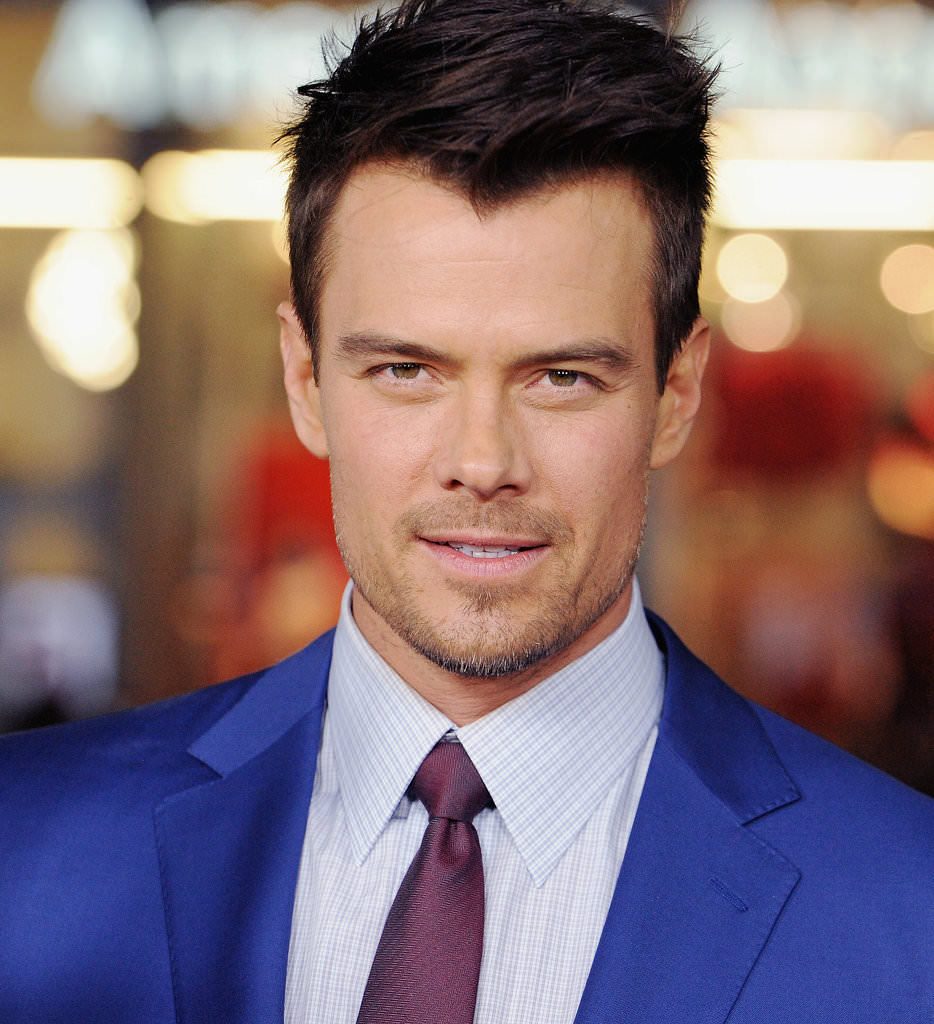 Josh Duhamel was born in Minot, North Dakota. He is of French-Canadian, Irish, English, German and Norwegian ancestry. Duhamel was raised Catholic.

His parents divorced during his youth. Although he remains close to both, he grew up with his mother and his three younger sisters, Ashlee, Kassidy and Mckenzee. Duhamel attended Minot State University and played as the quarterback for the university’s football team. He planned to attend dental school, but dropped out one-and-a-half credits shy of his undergraduate degree. He later completed his credits, and he received his degree in 2005.

Josh has stated, “After college, I followed an ex-girlfriend to northern California, did a bunch of odd jobs.” Duhamel had won the title of Male Model of the Year in an International Modeling and Talent Association (IMTA) competition in 1997.

Duhamel began his acting career as an extra in the music videos for Donna Summer’s “I Will Go With You (Con te partirò)” and Christina Aguilera’s “Genie in A Bottle” in 1999. Later that year, he won the role of Leo du Pres on the ABC soap opera All My Children. His work on the show, especially his character’s pairing with Greenlee Smythe (portrayed by actor Rebecca Budig), garnered critical acclaim. In 2003, he earned a Daytime Emmy Award nomination for the Special Fan Award for America’s Favorite Couple in 2002, shared with Budig, and a Daytime Emmy Award for Outstanding Supporting Actor for his portrayal of Leo du Pres. Duhamel left All My Children in 2002 to pursue other acting opportunities. In 2003, Duhamel landed a primetime role on the NBC show Las Vegas, playing the head of security for the Montecito Casino, Danny McCoy. His character succeeded James Caan’s as head of the casino after Caan departed the series at the end of the fourth season. The series ended in 2008.

Duhamel made his big-screen acting debut in 2004’s Win a Date with Tad Hamilton! and continued on to star in the thriller Turistas (2006). After watching an episode of Las Vegas in which Duhamel’s character had just returned from the war in Iraq, Steven Spielberg handpicked him for the role of Captain William Lennox in 2007’s summer blockbuster film Transformers (a film for which Spielberg was the executive producer). Duhamel reprised the role for the sequels, Transformers: Revenge of the Fallen, released in June 2009, and Transformers: Dark of the Moon, released in June 2011. Duhamel was the official pace car driver for the 2009 Indianapolis 500, driving the 2010 Chevrolet Camaro Pace Car. In 2010, he played the lead role in the film When in Rome as Nick Beamon. In 2014 Duhamel starred in the touching drama You’re Not You (2014) playing the husband of Kate (Hilary Swank), who suffers from the degenerative disease ALS.

Josh met and began dating singer Stacy Ann Ferguson, better known by her stage name Fergie in September 2004, after Ferguson appeared on Duhamel’s show Las Vegas with her band The Black Eyed Peas. The couple wed on January 10, 2009, in a Roman Catholic ceremony at the Church Estate Vineyards in Malibu, California They have one son, Axl Jack Duhamel born in August 2013.

Please lift up Josh in prayer this week with the release of his latest film, that God would work in mighty ways in his life on set and in the public eye. Please pray for his family, for God to use them as an influence in Hollywood for His Glory!