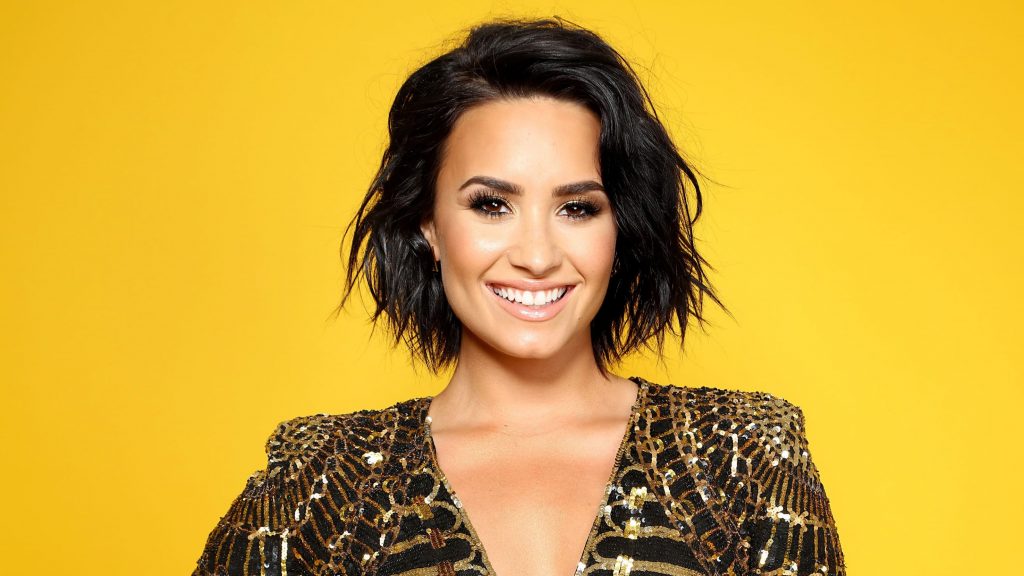 Demi Lovato was born in 1992, and is an American singer, songwriter, and actress. She started out as a child actress in Barney & Friends (2002-2004). Her career took off when she starred in the Disney Channel film Camp Rock (2008) and began releasing music as the film’s soundtrack, and then released her own album that same year. She then starred in Disney’s television series Sonny with a Chance (2009-2011) and released her second album.

In 2010, Lovato put her career on hold when she entered a treatment center to heal from addictions, and eating disorder, and self-harm. She was then diagnosed with bipolar disorder. After completing treatment, she released her third album, Unbroken (2011), which addressed some of her struggles.

In 2012 and 2013 she was a judge and mentor on the American version of The X Factor. Lovato released a book titled Staying Strong: 365 Days A Year in 2013. She released her albums Demi in 2013, Confident in 2015, and Tell Me You Love Me in 2017. Her music has reached the top 10 and earned gold/platinum certifications multiple times.

From a young age Lovato has faced difficulty and personal struggles. Her parents divorced when she was younger and she had no interest in contact with her father, saying that their relationship was abusive and difficult. He died in 2013 and Lovato says that he had been mentally ill. She created the Lovato Treatment Scholarship Program in his honor.

Lovato entered rehab at age 18, after suffering from depression, an eating disorder, and self-harm. She has talked about using cocaine several times a day even while on tour, dealing with bulimia, and lashing out at her dancers and staff due to bipolar disorder.  She recently released a YouTube documentary (Demi Lovato: Simply Complicated) in which she discusses that she still struggled with alcoholism and a cocaine addiction for about a year after leaving rehab. After her management team threatened to quit, she finally agreed to resume treatment and move to a sober-living facility.

Lovato has discussed her faith as an evangelical Christian, saying that she finds spirituality to be an important part of life. In a 2013 interview she said, “I’m the closest I’ve ever been with God. I have my own relationship with God and that’s all that matters.” In March of 2017 she passed the 5-year mark in her sobriety, and posted this message on Instagram: “So many times I wanted to relapse but sat on my hands and begged God to relieve the obsession. I’m so proud of myself but I couldn’t have done it without my higher power (God), my family, friends, and everyone else who supported me.”

Pray with us for Demi Lovato this week. We pray that she continues grow closer to God every single day and that she feels God’s welcoming and loving presence in every part of her life. We thank God for the strength He has given her so far in overcoming her struggles, and we ask that He continue to give her even more of that strength and power to rise above the addictions and eating disorder. Pray for wisdom for her doctors, friends, and family, to be able to give her treatment and support that is best for her. We ask God to touch her heart and develop her into a devoted disciple who brings God’s love and light to everything she does. We also thank God for her honesty and transparency in talking about her difficulties, and pray that her story of recovery and healing would encourage and inspire others with similar struggles to turn to God for strength and restoration.