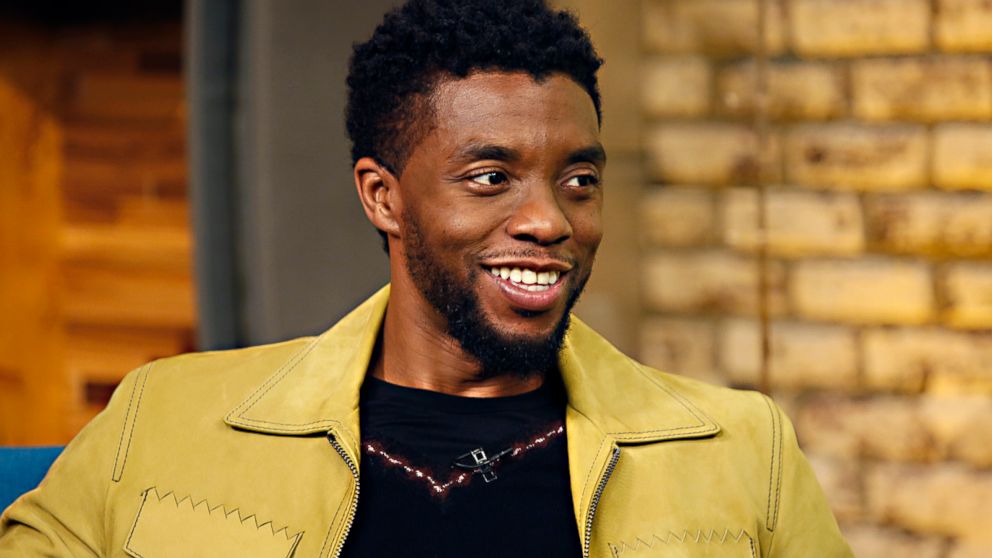 Chadwick Boseman is an American actor born in 1977. He was born and raised in South Carolina, and attended Howard University in Washington, DC to earn a bachelor of fine arts in directing. Boseman originally wanted to write and direct, but began studying acting to better understand actors and how to work with them. He ended up moving to Los Angeles in 2008 to pursue an acting career himself.

In his early career, Boseman’s work included episodes of Third Watch, Law & Order, CSI:NY, and ER. He had a recurring role on the TV series Lincoln Heights in 2008, and in the same year appeared in his first film, The Express. During this time he also continued to write plays, one of which was performed in Chicago (Deep Azure).

In 2010, Boseman appeared in a regular role on the TV series Persons Unknown. He then earned his first starring role, in the film 42, in which he played baseball star Jackie Robinson (2013). During this same year, he had also been directing an off-Broadway play and acting in the indie film The Kill Hole.

Boseman played an NFL draft prospect in Draft Day (2014), and starred as James Brown in Get on Up in the same year. He also played Thoth in Gods of Egypt (2016).

Most recently, Boseman is known as the star of Black Panther (2018), and played the same role in Captain America: Civil War (2016). He will also reprise the role of T’Challa/Black Panther in Avengers: Infinity War later in 2018 (the third in his five-film deal with Marvel).

Boseman was raised Christian, was baptized, and was part of a youth group and church choir. His childhood pastor has spoken about Boseman’s faith, saying he is still a believer.

This week, pray with us for Chadwick Boseman. We pray that he does still feel close to God and that his faith and relationship with God can be strengthened, not weakened, by his acting career. Pray that there are people around him who can encourage him in his faith and bring the truth of Jesus into his life. He has received increased media attention due to the huge popularity and success of Black Panther, so we pray that this attention would be respectful and not invasive to him. Pray that he would have a strong community around him of friends and family who value him as a person, not just for his work and career. We also pray that the roles he plays, whether as Black Panther in upcoming films or any other projects he does, would be an opportunity for him to represent God’s love to people – both on set and in audiences. Pray this week that Chadwick Boseman would feel God’s presence and truly experience His love.