Church planter, graphic designer, husband, father, and pastor. Nate Sams has had the blessing of meeting so many types of people in his diverse and creative life journey. He encourages prayer not only for media professionals and artists, but also for chapter members to seek advice and encouragement from one another. He has seen firsthand the way God works to provide.

The chapter has been busy. They started doing the devotional found on HPN, God’s Heart for Hollywood. Lazlo Bak stated that the group is also praying for the different needs in the entertainment industry, as well as support for the Christians in Hollywood. One of the group members has a heart to pray for Tom Hanks.  As Lazlo humbly expresses, “We are really feeling the presence of God.”

Joe Brown leads a monthly 30-minute prayer walk around local movie theaters and other news or entertainment outlets. He also works with the Kern Leadership Alliance and the Christian Youth Film Society to encourage and equip the next generation of Christian film makers. 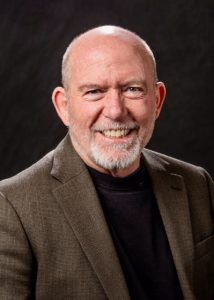 Marta Escarcega has been married to her husband, Arnold, for 37 years. Together they have four children, two grandchildren, three white German Shepherds, and four alpacas. In the past she was an educator at elementary and college levels. Now she is the owner of A & M Ranch as well as Escarcega Enterprise.

Marta has a heart for the entertainment industry in part because her daughter works in entertainment in New York. Marta and her chapter do prayer walks and host faith-based red carpet events at screenings in Fresno, where they have seen many come to Christ.

Cassandra Hepburn is a former model turned actress who had, as she describes, a “road to Damascus” moment in her life, when God stopped her from driving off a cliff and invited her to search for Him, and in Him, her life’s purpose. She later started pursuing Jesus and received a prophecy that her next phase of life would be even grander than her previous life in the spotlight. She now lives in Madera County and works as a youth pastor, where she is excited about teaching youth to look for spiritual themes in films. She is also a ministry leader with CMC International, having been on 25 mission trips to 20 different countries. Cassandra is still active in the entertainment industry as an actress, and she takes every opportunity on set to pray over the production and minister to people. As an HPN chapter director, she is excited to plan virtual events for local members as well as HPN members around the world.

Dr. Candi MacAlpine is an apostolic team leader, minister and California native, with a Ph.D. from Wagner Leadership Institute. She has two daughters with her late husband Don, and five grandchildren. Steeped in the power of prayer, she has “led prayer journeys across the earth for 20 years.” She is a member of the United States National Prayer Council and the California core team Awaken the Dawn. Additionally, she has authored four books.

In her sphere of influence and travels, she looks for opportunities to share about HPN with believers in the entertainment industry. Her strength is in leading by example with a commitment to the HPN team and its vision. You can learn more about Candi here: www.destinytraining.org.

Peggy Roger is a movie producer, author and co-founder of Hope 4 Kids adoption agency in Dana Point, CA. She serves other filmmakers by praying for their needs and supporting them in their movie productions. Peggy also loves to model prayer for the next generation: She enjoys when young people join their parents at her chapter’s prayer meetings. Peggy loves to avail herself to people to connect them with our HPN groups around the world, raise awareness of HPN, and support filmmakers and the overall HPN community.

Kate grew up convinced she would be a full time missionary to India, but in the last 10 years God has been shifting her heart to Hollywood. With a passion for community and creativity her favorite thing is to connect like-minded people who can partner with, and encourage, each other. Kate moved to Redding in 2009 to attend Bethel School of Supernatural Ministry and then spent time on staff at Bethel Church, as well as working for local production companies, and most recently working for the Upstate California Film Commission. As a costume designer and writer she feels called to build a bridge between Redding and LA to create connections and spiritual support for artists both locally, and in Hollywood.

Rev. Rosemary Curto is a self-proclaimed “born-again zealot” who survived terminal inoperable pancreatic cancer by the grace of God, experiencing an angelic visitation and the healing power of Doctor Jesus of Nazareth. (She has been in remission for the past 14 years.) HPN is proud to have a hip 81-year-old representing HPN as a seasoned LCD. She also represents Western Evangelical Association as their representative in Northern California. She is a very serious front line warrior intercessor in the battle between good and evil. Rosemary is also an international speaker, a blog writer and author under the pen-name Rosaday Ryan (check out The Forecast: The Broom of Destruction on Amazon).

Her chapter is always seeking new prayer warriors for Hollywood. Rosemary also sends out email bulletins every month to her contacts and her fellow chapter directors (via HPN’s chapter director update emails). Her chapter’s goal is to save souls through fervent prayers and to impact the “Heart of Hollywood” by praying that love, and not the influence of the Enemy, would reign.

Terri and Barry first took steps to follow a call to ministry in the Hollywood entertainment industry in about 1998. Barry sensed a light go on during his university’s chapel service when the speaker rabbit-trailed into a reference about how God was at work in Hollywood. His wife, Terri, however, took some convincing. Barry chose to let God do that convincing, knowing if it was truly a call from God, she’d need to be on board too. That convincing from God soon became a strong conviction for both of them. A deep love grew for a people group many in the church still overlook. Barry and Terri have developed many industry relationships over the years and have had the privilege of interceding on the behalf of industry professionals.

Barry and Terri have ministered bi-vocationally for decades. Barry is a building contractor who has served as a pastor in various church and home church ministries. Terri has pastored alongside Barry, and currently she works in Natural Health and has a naturopathic ministry degree. Terri creates HPN’s monthly Kids & Teens Prayer Calendar each month, highlighting various actors and industry people to pray for.