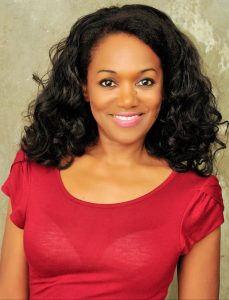 Cassandra Hollis joined the Hollywood Prayer Network (HPN) soon after completing her MA in Communications at Georgia State University, where she majored in TV Production. Researching Christians in Hollywood, God led her to HPN. A working Actor, trained at the Yale University Conservatory for Actors, Cassandra has had recurring roles on true crime series on both the TV One Network and the ID Channel.

The Atlanta Chapter was established and led by Kim Oberhou in 2002. Cassandra later accepted the baton from Kim. As Chapter Director, Cassandra and ATL HPN members intercede for the state of Georgia, Hollywood and the mountain of entertainment and media as a whole. They meet regularly via phone conference call to Pray. Within the last decade, the state of Georgia has grown into a top 3 destination in the world for film and tv production. To God be the Glory.

Please contact atlhpn@yahoo.com with Prayer Requests and/or for more information about how to get involved with the Atlanta Chapter. God Bless you!